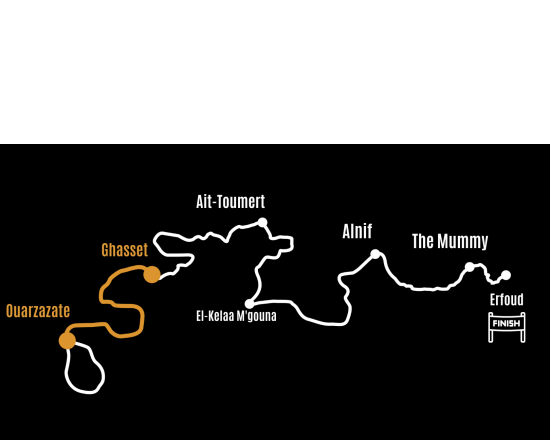 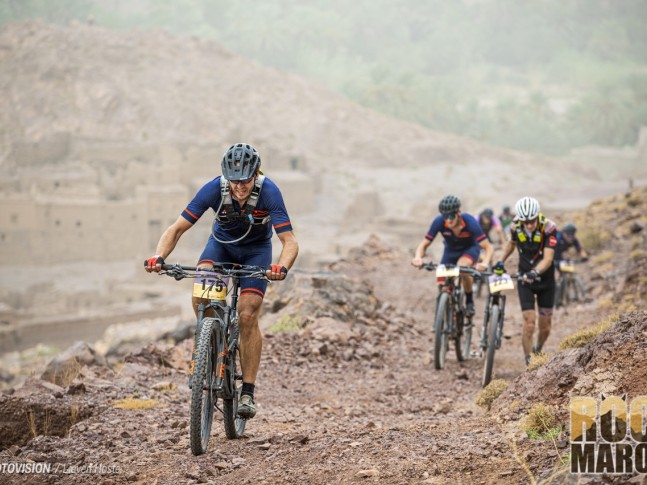 “From tomorrow onwards, stuff's for real”, organizer Gert Duson concluded his daily briefing yesterday. “The stage counts for the classification and above all, tomorrow night we will finally sleep in our own bivouac!”

His enthusiasm was contagious, because before dawn both riders and staff were ready to kick off. The atmosphere at the luggage trucks was good and both trucks were filled in no time to the sounds of stirring music.

While the crew made the final practical arrangements, the participants left in groups to the castle of ‘Kingdom of Heaven’ close to the iconic Atlas film studios in Ouarzazate for a spectacular mass start. Iconic you say? Well, the next time you watch Gladiator or Game of Thrones, remember that they were filmed in these studios. The whole region breathes film by the way, because just before the first checkpoint of this stage, the riders passed through the kasbah of Ait Ben Haddou, known from classics such as 'Prince of Persia', 'Gladiator', 'Lawrence of Arabia' and 'Babel '. The first teams in the race raced through it at dizzying speeds and had no time for a tourist visit. The participants in the challenge, on the other hand, took the time to feast their eyes and take pictures. Because let's face it, how often can you ride your mountain bike in such a unique and cinematic setting?

As the riders reeled off their miles, an impressive logistical operation took place in Ghasset. The 75 volunteers worked like a well-oiled machine and in no time, they unloaded trucks, installed the kitchen and the workshop of the mechanics, set up benches and tables in the restaurant, built the sanitary tents and set up the tents of the participants ready in dead straight rows on a perfectly levelled surface.

Even before the first teams reached the finish, the entire bivouac was up and running, and upon their arrival the participants could immediately take a seat at the pasta buffet and choose between a WCup Recup drink or a refreshing non-alcoholic Thrive beer, the world's first sports recovery beer.

Winners of the day were the duo Michael Ossieur and Simon Stevens. Ossieur tells his story: “We didn't really push until the first checkpoint, after which we continued our journey with a group of around 12. Simon pulled quite hard, causing our group to grow smaller. Four of us came to CP2 together but the other team had technical problems there, so we were on our own. Fortunately, Simon took care of the headwind, and I was able to recover a bit in his wheel, as far as there can be recovery of course. The long descent after CP3 was good, because the 15 kilometers after that were quite difficult.”

Stevens and Ossieur are also immediately leaders in the general classification and in the Men category and have already expanded their lead to a comfortable 20'. "But a lot can still happen and Erfoud is still far, to put it with a cycling cliché," they added.

The first leaders in the Master category, Benoît Hustinx and Pascal Leplae, crossed the finish line in fourth place. “With this time, we would have finished much closer last year. The pace was incredibly high on this stage this year. But we feel good, everything went smoothly today, the navigation went well, the legs felt great. We are happy with the win in our category, that goes without saying, now we take it day by day, in any case they will not take this victory from us anymore.”

Most of the participants in the challenge took a little more time, but at 1.40 pm Pieter-Jan Callewaert was the first of the challengers to cross the finish line. And from that moment on, enthusiastic but tired participants kept trickling in.

- "Too bad about the sandy smog because we never had a clear view of the beautiful color shades of the Atlas."

- "And you said we were driving slowly? We are at the finish 30' faster than last year's fastest time."

- "Three flat tires, do we get extra kudos now?"

Bart Hoornaert and Dieter Verhaeghe in 4:54:59

Ivan Bartholomeus and Peter Krampiltz in 5:25:37

Tomorrow stage 2 will bring us from Ghasset to Ait Toumert, over a distance of 103 km and 2064 altitude meters. 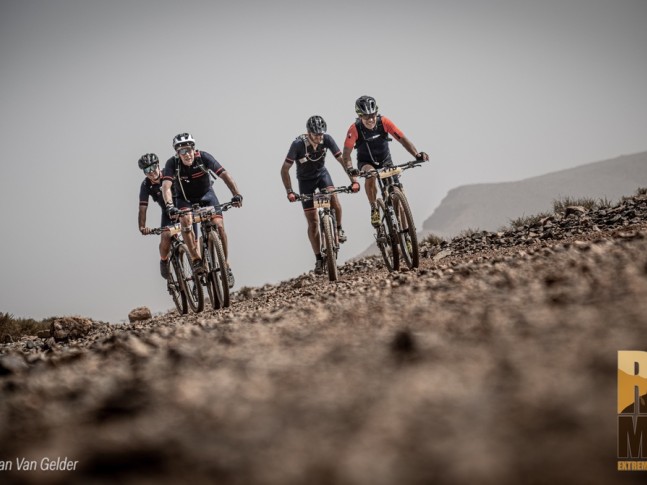 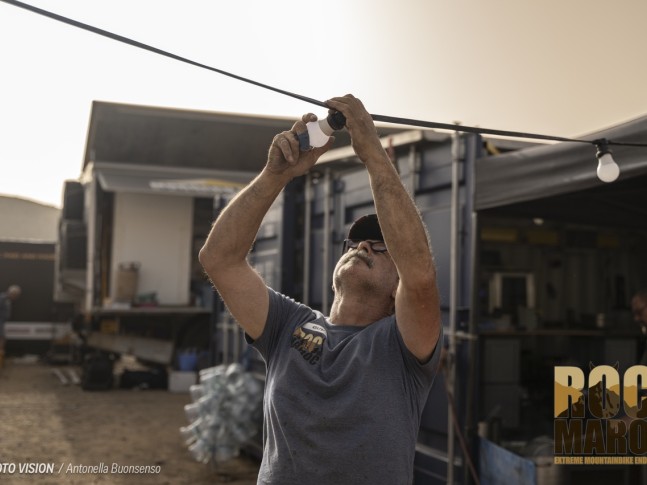 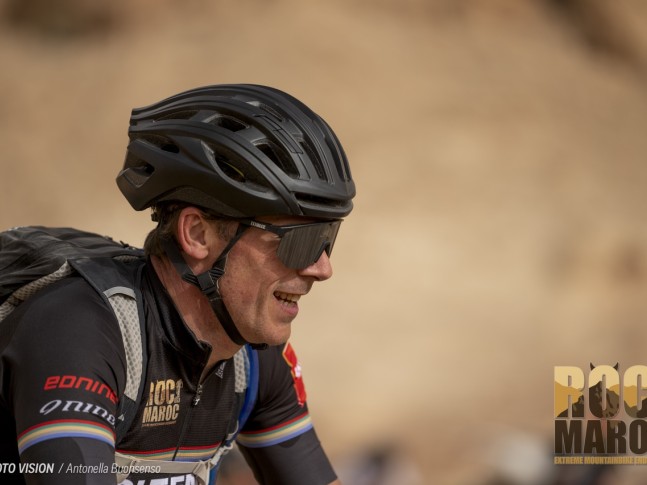